Build and ship as an exercise(Revised) 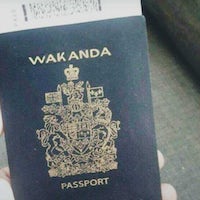 Like an unexpected slap to the face on a cold morning that disorients you, was the day I realized I was chasing after the wind: That she was more than I could have. I had her ear , could hang out with her and hug her but could never have her as my soulmate. Her heart was set on someone else who had characteristics that i did not match..(more of everything i was and had). It was a painful feeling. She had been the girl I had had a crush on. But she was just not interested.

The good lessons and experience that you gain from a pursuit of anything is that your character is always tested and you grow.

Growing up in an African home, some of the lessons I learned and would be told by my parents and grown ups around me, including one of my mentors, was :

“In all labor there is profit” For some reason, i have always had the habit of doing a Postmortem of why the pursuit did not work or why it did, what lessons i learnt about myself, and how you can use these lessons going forward.

I quickly learnt that consistent effort applied towards a certain direction builds your muscles whether good or bad. And that was how habits whether knowingly or unknowingly were formed.

As a person who has failed spectacularly many times, I can boldly say that consistent labor and effort are easy to write but hard to foster and cultivate. There is the place for applying the force but there is a place for endurance. You cant cut a large tree bark with one swing.

You are building valuable muscle and developing a habit. In Software Engineering, you learn better when you are shipping things as you learn, You are also stretching your coding muscles.

Thou shall not be scared to try out new concepts in programming. But be wary of wrong practice as its a habit that cannot be unlearned(in a separate story).

Apply yourself to what you are involved in. Learn the ropes, You may never know what you would have become if you only give halfhearted efforts.

You shape you by applying consistent efforts for a prolonged period of time and not knee jerk ones.